On women in architecture in Serbia, we certainly cannot talk without mentioning Ljiljana Bakić, an author who, both individually and in cooperation with her husband  Dragoljub Bakić, designed and built a large number of buildings in Belgrade and other cities in Serbia, as well as abroad. Today, the couple lives in their house in Višnjička Banja, which they designed, and looks forward first and foremost to the successes of their grandchildren in USA and Poland. 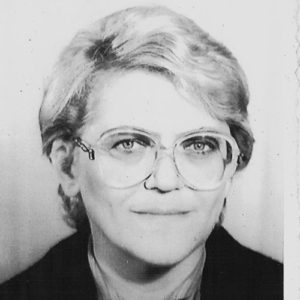 In 2012, Ljiljana Bakić published the book The Anatomy of  B&B Architecture – a comprehensive publication which refers to hers and Dragoljub’s fruitful careers. Unlike other architectural editions, this book is not only a monograph of the work of authors Bakić & Bakić, but a detailed review and analysis of all the elements that influenced their careers and their architecture. The social and economic conditions in the former Yugoslavia, tumuluous breakup of the country, but also personal experiences, contacts and travels – all influenced the architecture and the specific artistic expression of Ljiljana and Dragoljub  Bakić.

The rich archive presented in this publication includes photographs and drawings of buildings, with detailed explanations of not only the concepts and ideas, but of all the aspects of the building realization, the problems and difficulties, as well as the successes experienced by designers. In addition, the book contains published professional papers and articles, personal and professional correspondence, family photographs, testimonies and memories of colleagues, teachers, mentors, clients.

In her book, Ljiljana also looks back at the years of pausing from her work as an architect. After returning from Kuwait, where Dragoljub worked for Energoprojekt and she for a local architectural firm Said Breik & Marwan Kalo Consulting Engineers, Ljiljana gave birth to two daughters. The pace of work at Energoprojekt was such that it required great sacrifice and long hours, even entire nights in the office. There were also often trips to the construction sites overseas. I realized that our family life was impossible to organize if I were also absent from home with my architecture, you never know for how long. I decided to return to the profession once our daughters get old enough for kindergarten. Ljiljana Bakić returned to architecture, working side by side with her husband in Energoprojekt – Architecture and Urbanism. Milica Šterić hired me because she liked me. Otherwise, she was not fond of hiring women into Energoprojekt.  Bakić (Dragoljub) worked on a competition and they were lacking help, so she invited me. She liked how I worked and gave me a job in Energoprojekt. For many years she was our beloved director.

Certainly their most famous work is the Pionir sports hall in Belgrade, and the adjoining ice hall. These two buildings are not just favorite Belgrade destinations, but architectural icons of the post-modernist Belgrade of the 70s and 80s. Competition for the design of the complex and the sports hall Pionir was announced in 1972, with a deadline of only 9 days. In Energoprojekt, this task was entrusted to Ljiljana and Dragoljub Bakić. They drafted a complex that consisted of a multi-functional sports hall, a swimming pool and a velodrome. The first phase – a multi-functional hall, had to be completed and opened by June 1973 for the European boxing championships. The detailed design was developed in parallel with the construction of the building in, what Ljiljana called, “hurricane” pace. 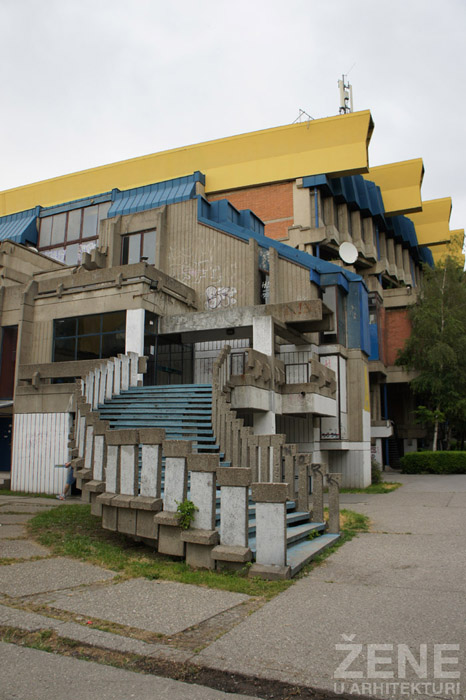 We did not have time to wander in the labyrinth of our own brains. What was at work was our dissident instinct against any form of dictatorship, ruling clichés, petrified in the inviolable principles of modern architecture. The well-known rule of modernism, that the form should be the expression of the volume and contents of the interior, which in sports facilities is always the volume of the hall, Pionir did not follow. We wanted it to be the apotheosis of the spirit of sports and games, a dynamic protagonist of the urban scene.

Although Pionir sports hall was designed for hockey as well, with time it was never used for this purpose, and in 1977 it was decided to build a separate ice hall in the complex. Compared to the multi-function sports hall, the ice hall has a simpler and cleaner form, which establishes an interesting relationship with both the site slope and the existing hall. Just like the sports hall Pionir, the ice hall’s success is primarily measured by the satisfaction of its users. Both buildings were awarded the Grand Prix of the Belgrade Architecture Salon, in 1974 and in 1978.

Ljiljana Bakić individually designed the Institute for Rehabilitation from Non-specific Lung Diseases in Soko Banja, 1974-1975. Working on this facility, she implemented her own particular ideas about the psychological and social impact of architecture. Taking into account the needs of the patients of the Institute, as well as affecting their behavior during their stay in the facility, she shaped the inside and the outside of an appropriate and successful building.  About her approach to architecture, Ljiljana says: Architecture is a sociological phenomenon. No fooling around with various details, but thinking of those who will use it. Without this aspect, sociological and anthropological, you cannot be an architect at all. If you do not set your task in a certain place, with certain population, or the character of the population. If you do not understand what you need to achieve with this building – it’s a lost cause. 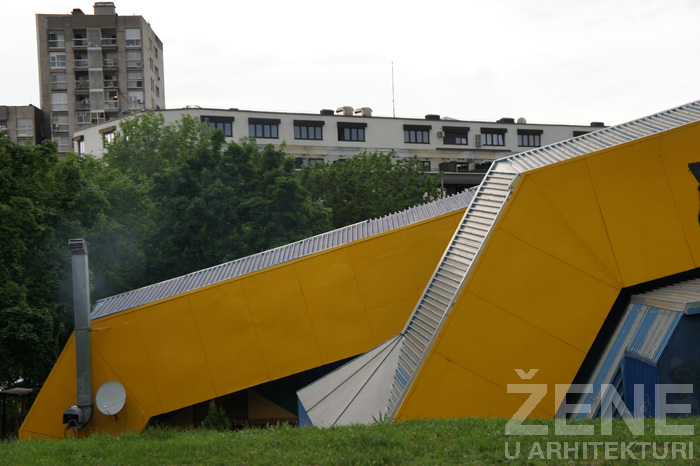 The creative team Bakić&Bakić is also famous for two large housing estates in Belgrade: Nova Galenika in Zemun and Višnjička Banja. Inspired by the sloped location, but also by their stay in Finland, in Višnjička Banja they created a residential complex with an almost “mountain” character, in warm colors and materials and with expressive sloped roofs. First they designed the urban layout of the project, which consisted of collective and individual housing units, central facilities, a school, two kindergartens and the entire necessary infrastructure. The estate was realized in two stages, and the second stage buildings where designed by Ljiljana herself. 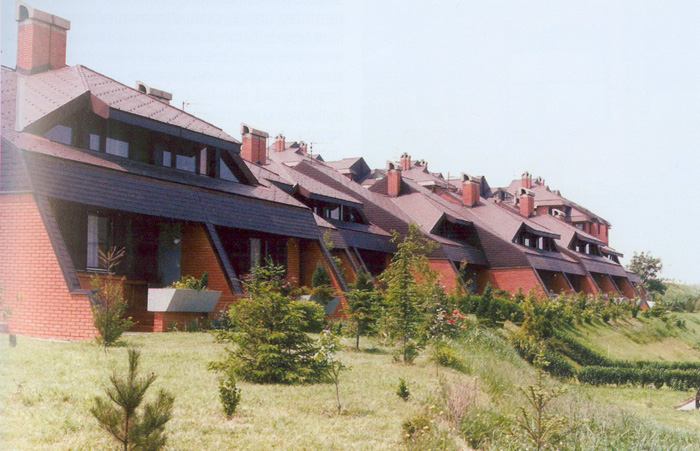 Unfortunately, the planned programs where never completely built – neither housing units, nor the central and auxiliary facilities. Ljiljana Bakić‘s design for one of the proposed kindergartens was built in 1986, and the estate only got a school last year. The commercial functions were taken over by illegally built buildings which do not fit into the particular aesthetics and form of the buildings and the entire project.  There was never funding for such things, not even in during socialism. All estates always stayed unfinished, half-made. You just arrange 500, 600, 700, 800 residences and that was it. And where you will buy bread and milk, where your kids will go to school, that was left undone. – Ljiljana comments today. 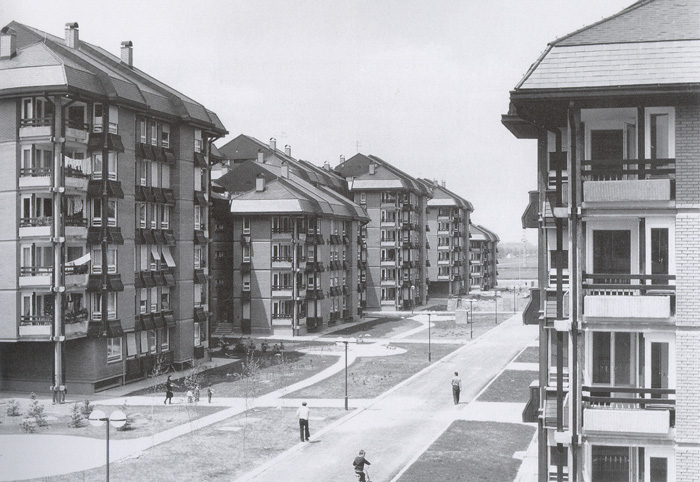 The architecture and experience of the couple Bakić was significantly marked by travels and work abroad, in Finland, in Kuwait, in Zimbabwe. Both in Serbia and overseas, they won numerous awards and honors. Although their best work was a result of their teamwork, the Serbian Association of Architects (SAS) decided to award the 1994 Grand Prix for Architecture only to Dragoljub, completely ignoring  Ljiljana’s work. Dragoljub refused the awards and just did not take it, which is something any normal person with character would do. This year was subsequently completed with both our names. 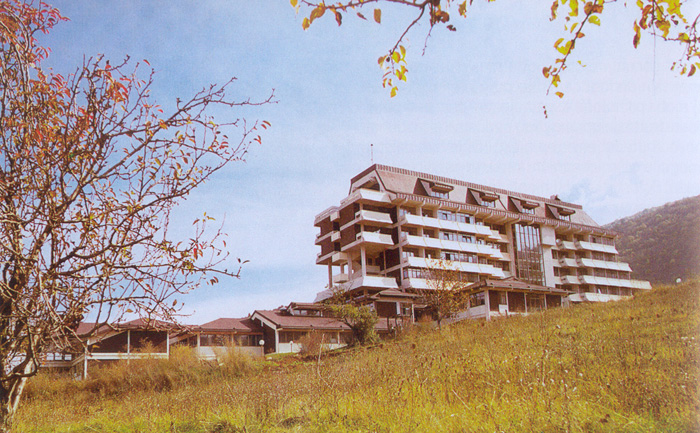 On women in architecture, Ljiljana Bakić says: When I started working in 1962, it was a difficult time for women. There was a lot of depreciation. In my opinion, the women in big offices have always been the ones who developed the ideas, even if they were not theirs to start with. Even if the initial idea was not much, they would work to develop it into a successful project. Ljiljana emphasizes Ivanka Raspopović as an example of a neglected female author, commenting on her cooperation with Ivan Antić:  – Those two museums – the one at the confluence of Sava and Danube and the one in Kragujevac – that is the best work they created. The whole set up of the museum – that was all Ivanka’s work. For herself she says : My story is different, because I always worked with  Dragoljub. He was more active in acquiring work, and I was drawing more. I didn’t have to make my way through the architecture world on my own. 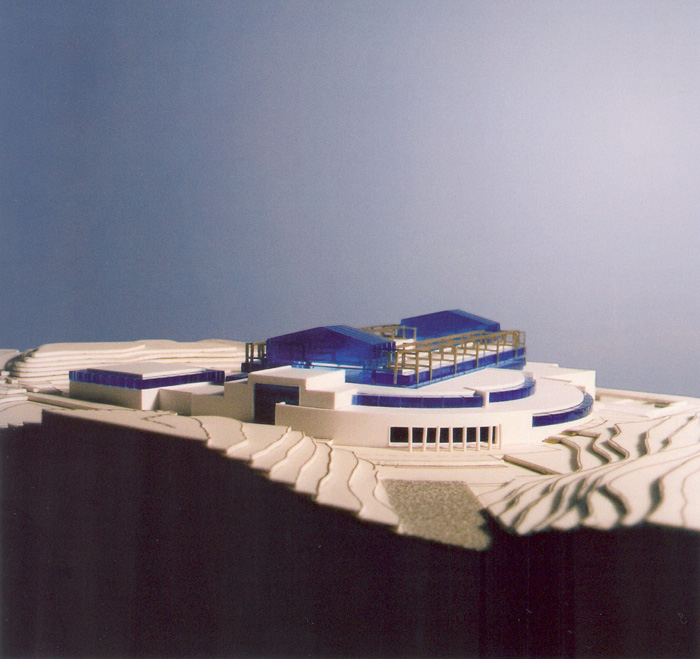 Today, Ljiljana is not actively designing, but she is still dealing with architecture and the city. Through her book, she reveals the possibilities of an idealistic approach to architecture, with the belief that the society can be changed with architecture. That’s why today she is most concerned by the lack of vision and ideas, and the neglect of our built environment. In fact, my only issue today is how Belgrade is a terrible city, terribly neglected. It’s unforgivable. That is something our architects are not dealing with at all. They only care about how to get a job somewhere, build something, but what the whole image of Belgrade looks like nobody cares – and that is a tragedy.

Photography: Milena Zindović, other illustration from the book The Anatomy of B&B Architecture