Because of Dame Zaha Hadid 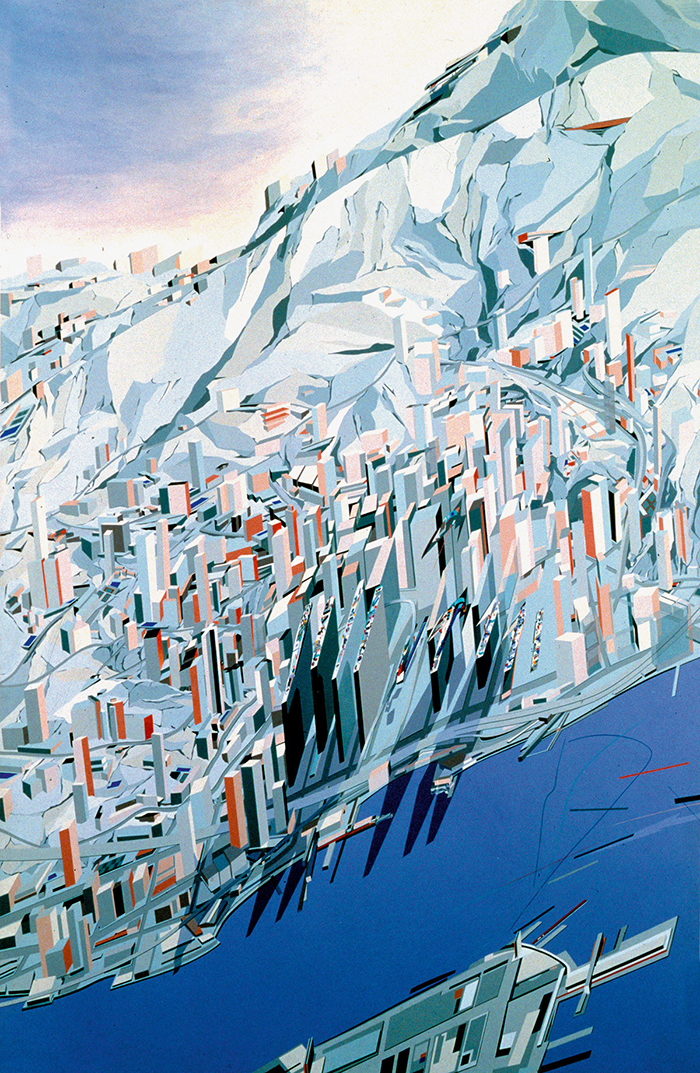 Not because she was the first awarded with highest acknowledgements and awards, the most famous woman architect in the world, but because before that she was super talented, fascinated and in spite of it, like Rem Koolhaas said, brave architect – a woman. Contradiction which might appear to be present is not coincident.

Have you thought upon the title in The Guardian – „Queen of the curve“ or it was a direct association of Dame Zaha Hadid? How many architects can we so unambiguously describe in such a short word construction? Even if it is good for newspaper’s headlines, it maybe isn’t for someone’s art and architectural opus and work.

While to many people her uncompromised, as it is always described, curves and curved space, looked already mannerist and almost shabby, why then we rarely read critic about rectangular, boxy houses as bad only because of their right-angle-ness? I don’t promote here the use of curves, nor do I plead for parametricism, but instead I ask: can intelligent critic allow offense of the choice of language and style of communication, or it should, being introduced, value its quality, maturity and originality in certain work, exactly as with literature and music? Not every use of distinctive language and style of communication is successful, but it is important to understand it as a way of communication. Take for example James Joyce’s „Ulysses“ or „The Finnegan’s wake“. As curves were not Zaha’s invention or lonely singularity, so narrative technique of “stream of consciousness” were not Joyce’s. But what was so significant that we can associate those curves with Zaha best, and narrative mode of “stream of consciousness” with Joyce?

Maybe I have asked for a too demanding comparison. Why wouldn’t we take a musician, a composer? Take whomever you like. It might be someone whose work is memorable, recognizable, distinctive, who maybe created a style or even a movement. When you would, if you would or are a solid connoisseur of your chosen artist’s work, be able to prudently and competently write a few or just in one sentence describe and pithily evoke his or her entire work, would it be good or bad?

Also, we may think of some people whose everyday use of language, their style of expression, distinctive humour or simply eloquence is rather different than an average. Maybe you know someone with whom it is impossible to communicate as with others, not because they don’t listen to you, or they shout, but because of their thought structure behind the words and topics. Would you discard them as pretentious, imaginary or even freaks?

Although we may even vulgarise the topic of curves in respond to shallow-minded and malicious comments used for Zaha’s graphic, ideograms and even space, it is better to ask immediately if Zaha’s architectural language is essentially female, or is it unrelated with sex and gender, simply hers?

In spite of that, she was a woman architect, exceptionally talented, she fascinated with her courage to bear it with self-consciousness and completely in her own way, not with modesty or diffidence – as a frequent and favourite referent for a “woman’s way” wherever they appear. Because of that courage, as Rem Koolhaas pictured her, she must have been a miracle of a woman in her appearance already, but also because her personality format didn’t fit the female stereotype.

In spite of Eugene Delacroix, in spite of Mother Courage, thanks to courage and daring of many women, boldness that is conjugate with pride, and not in collusion with loftiness, but rather Aristotelian pride as virtue, Zaha Hadid was an architect who creates her own language and expression style in an attempt to change the world, like all outstanding architects, men or women, before and after her.