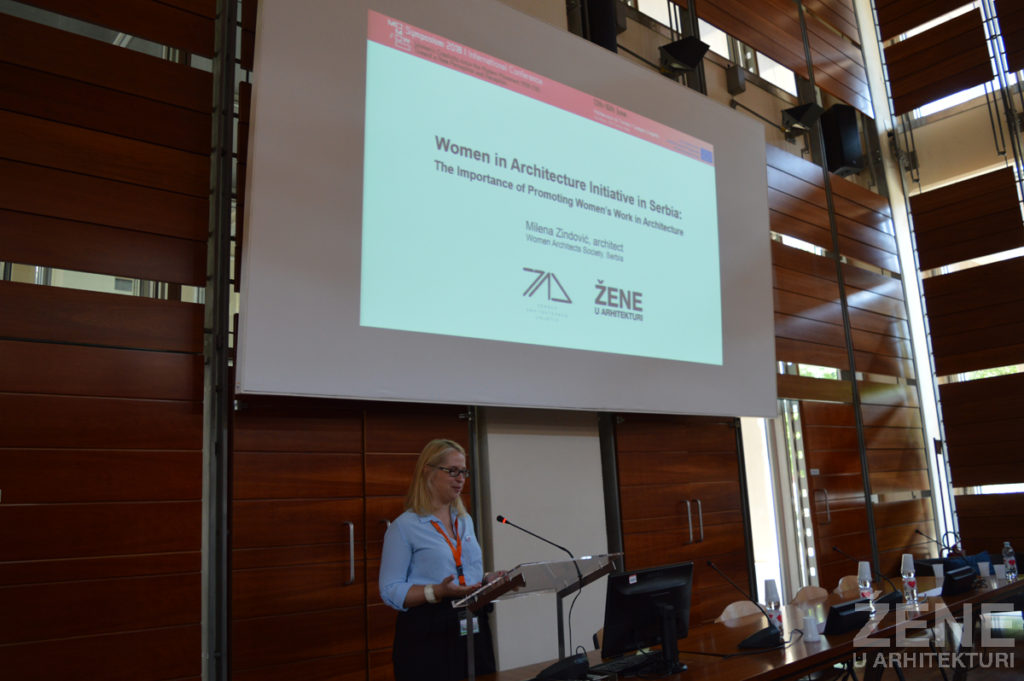 MoMoWo Symposium, which took place in Turin, Italy from 13th to 16th June 2018, is the final event in a series of scientific conferences organized since 2014 with the european project MoMoWo which explores and promotes women’s creativity in architecture, construction, interior and industrial design. The MoMoWo Project, under the leadership of the Politecnico di Torino, gathers a large number of partners from Italy, Spain, Netherlands, Slovenia and Slovakia, who realized many various activities during the four years of project duration, all with the aim of promoting women architects.

The symposium showcased architectural, urban design and landscaping projects, research on individual women architects, research on (non)presence of women in various architectural institutions, architecture-themed web platforms, activist projects and organizations, educational program, and even a music album “The Soul of the Machine” by The Dacha Band, inspired by the legendary designer Eileen Gray. The diversity of participants, their projects and topics, speaks to the diversity of the architectural profession and the possibilities it allows.

A large number of historic research on lives and works of women architecture were presented at the conference. An increasing number of researchers from all over the world is making great efforts to uncover women’s contribution to architectural history, in a global attempt to give architecture a new, more diverse face, and dismiss the tipical image of the architect as a powerful white middle-aged man. Particular emphasis is placed on research of internationally important female figures: Italian Lina Bo Bardi which is one of Brasilian modernist icons, Irish Eileen Gray whose talent was the envy of Le Corbusier, French designer Charlotte Perriand which was an important associate of Le Corbusier, English Jane Drew which built in India and west Africa with her husband Maxwell Fry, Portuguese Rute Bota which built schools in Mosambique, American feminist and urbanist Dolores Hayden, Austrian Margaret Schütte-Lihotzky, author of the famous Frankfurt kitchen, and many others. The research also presented local pioneers in architecture from Italy, Romania, Serbia, India, Nepal, Russia, Germany, Czechoslovakia, Poland, Scotland, Turkey, Iran and elsewhere. 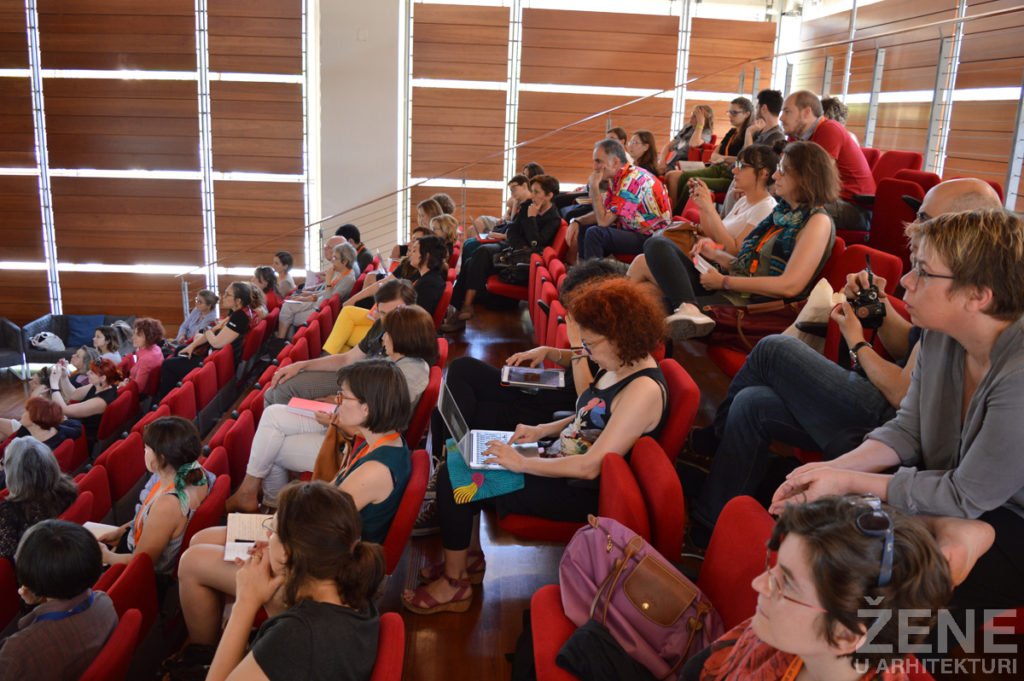 Almost all researchers emphasized the particular challenges in researching women in architecture since the archival and other sources about them are scarce. Some papers dealt especially with the research methodology and challenges, due to decades of neglect and erasing of women’s names from architectural teams, destruction or lack of their archives, as well as difficulties in following their careers due to surname changes. This is why it is especially important to support the important work of everyone interested in this topic to find and show the work of women architects and include these data into scientific and historical archives – since these researches are key to achieve the women’s equal representation and value in architecture.

Besides scientific and historic research, the conference showcased also successful practices of women architects, designers and landscape architects. The audience was introduced to a young Romanian architectural team Stardust Architects, Anca Cioarec and Brindusa Tudor,  authors of the Romanian pavilion at the UIA exhibition in Seol 2017, Italian architect Caterina Tiazzoldi which specializes in parametric architecture, Italian architect and urban designer Lorena Allesio which works in both Italy and Asia, Boston-based Leers Weinzapfel Associates Architects led by architects Andrea Leers and Jane Weinzapfel, with an innovatiove approach to infrastructural structures, landscape architect Imma Jansana from Barcelona, and italian architect and designer Teresa Sapey known for her specific use of color in interiors.

The topic of women’s contribution to architecture wouldn’t be complete without participation of many organizations and individuals working to promote and empower women architects. It was extremely interesting to learn about different approaches, actions and activities which were realized or are planned in different countries. Within this topic, Milena Zindović presented the paper Women in Architecture Initiative in Serbia:  The importance of promoting women’s work in architecture. American architect Lori Brown, founder of ArchiteXX, presented the project Global Encyclopedia of Women in Architecture 1960 – 2015, forthcoming in 2021. This ambitious project will contain 1200 entries from 10 world regions, with an emphasis on the extension of the definition of architectural work and questioning the existing architectural canon. 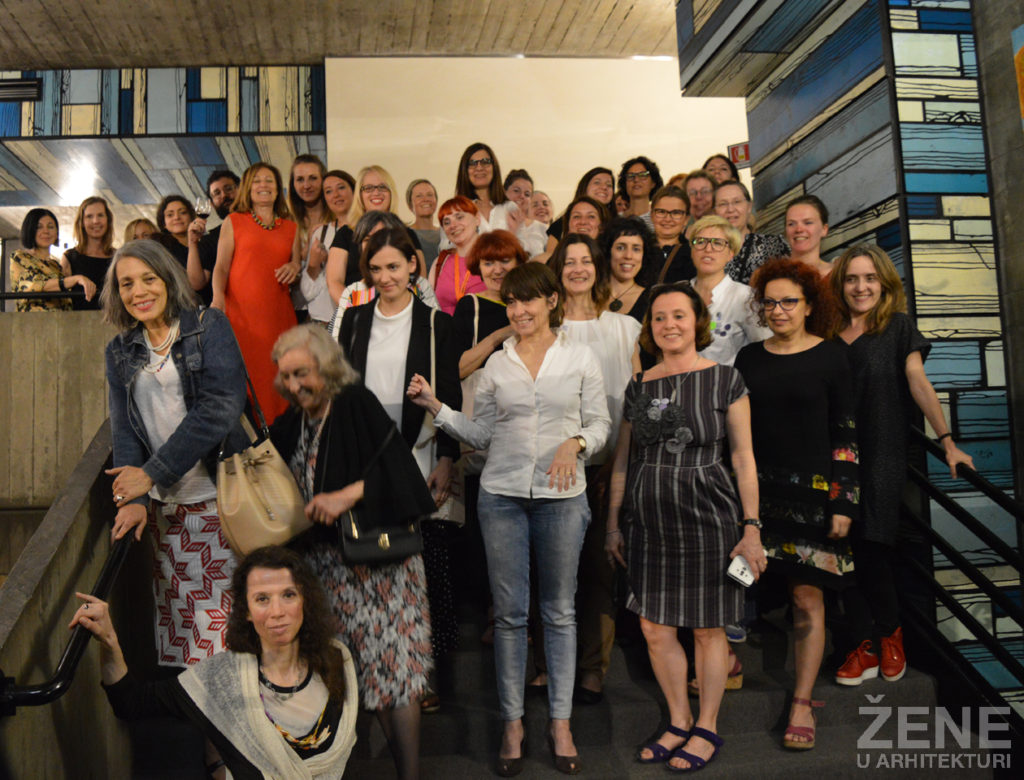 The web portal Un dia una arquitecta was also presented, with its editorial team of women from Argentina, Spain and Uruguay that has been publishing data on women architects for every day of the year, for three years already. This impressive database already counts over 1000 entries on women from all over the world. The spanish language website is one of the main global sources on women architects, among others Serbian authors Jelisaveta Načić, Jovanka Bončić Katerinić and Ksenija Bulatović.

Among activists, the Italian collective Rebelarchitette is set apart by their support to women architects through demands for official use of the female term for the profession (architetta) and through promotion of female role models in architecture. During 2017 and 2018 this group published on its Facebook page Architette 365 profiles of women architects, one every day until the beginning of the Venice Biennale this year. Among them are architects from the Belgrade-based Studio Fluid. The database was also published as an open-source e-book Architette = Women Architects ½ Here we are!. 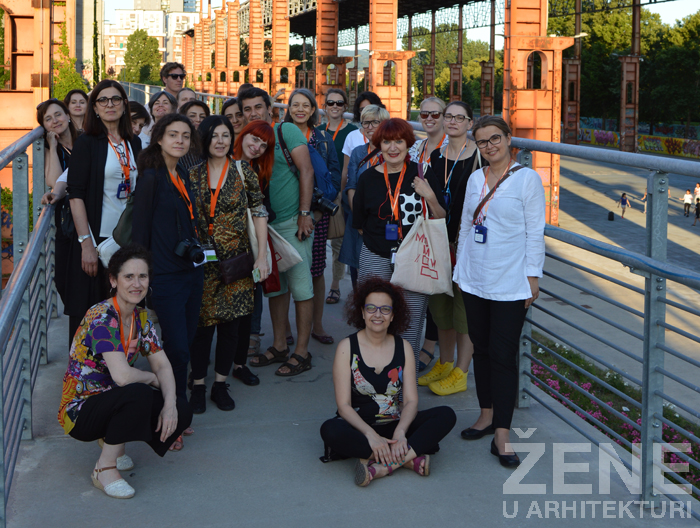 The symposium was an opportunity to summarize the results of four years working on the MoMoWo project, whose efforts were presented by project team members, led by Caterina Franchini and Emilia Garda. During the Symposium there where also many related activities, such as guided tours of Turin and the conference dinner in restaurant Duparc. These events, as well as the whole conference, were an excellent opportunity to meet and network with women and men interested in this topic from all over the world. One more time thank you to the organizers and hosts for the work and effort that resulted in this important international event, whose aftermath will be felt for a long time to come through international cooperation and friendships forged in Turin this june.